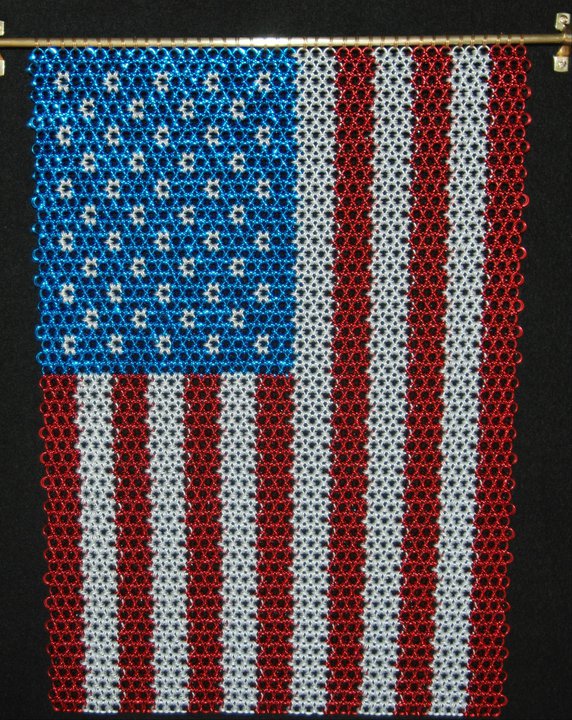 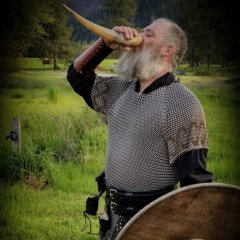 This flag is made up from 16,500 anodized aluminum rings (purchased from TRL). It measures 13.25" x 19.875" and weighs roughly 2 pounds. I created it using the United States Flag Code as a guideline. It traveled from California to New York in September 2011 for the 10th anniversary of 9/11 where it was at ground zero during the ceremonies and was taken up on stage by my dear friend Barbara Geidel while she read names. It was photographed by renowned photo journalist Allen Tannenbaum and made national news coverage before it then went on to the Rescue Co. 1 firehouse in Manhattan, New York, where it now hangs on their memorial wall. Though I have seen a couple of other flags, as far as I am aware this is the first time that the American Flag has been done to such exacting detail using maille.