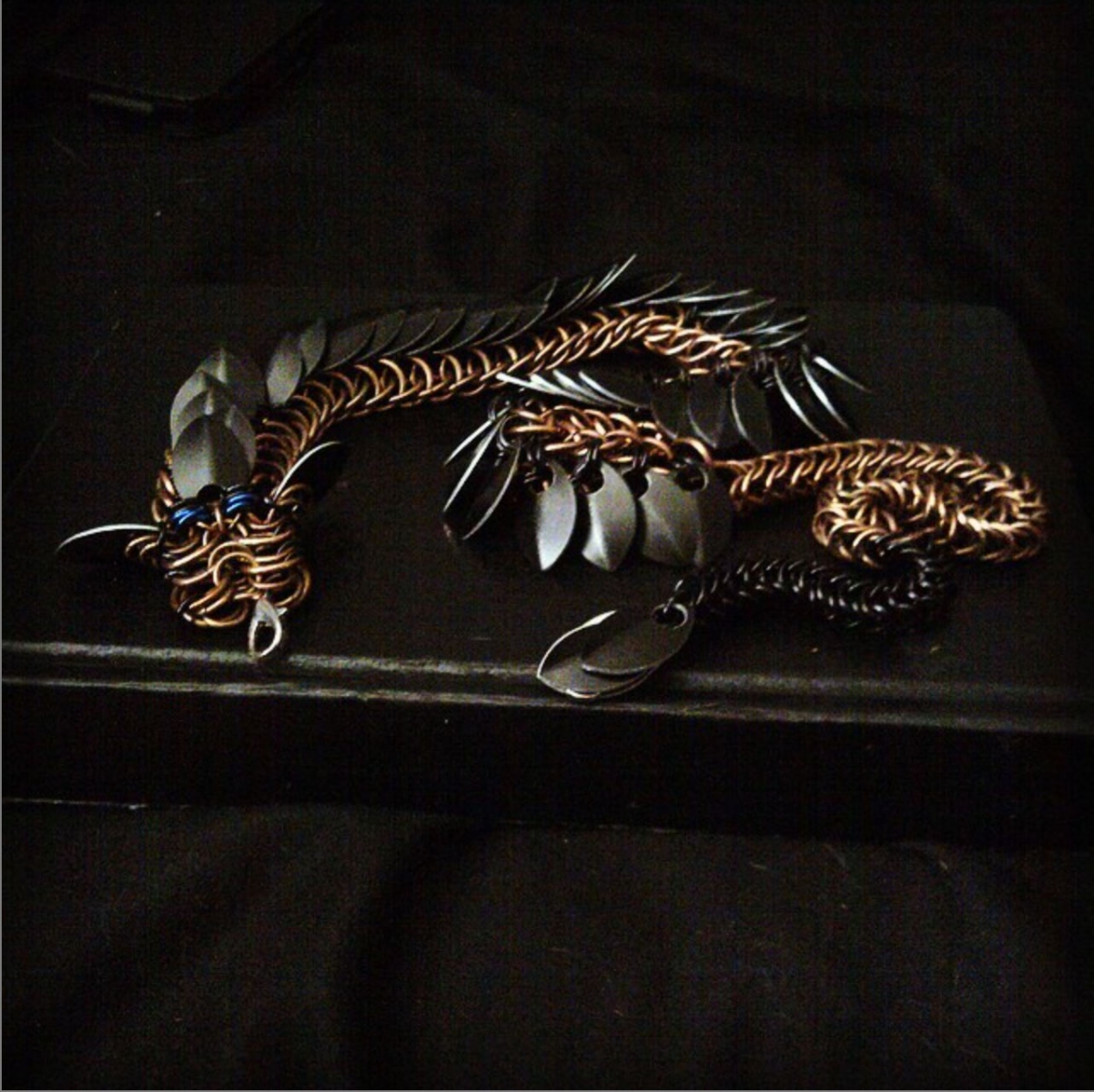 I decided I wanted to experiment with something other than aluminum and bought some bronze jump rings. I had been wanting to do a more improved version of the blue dragon bracelet and one of a larger scale that actually used scales on the back. I used the same tutorial that I had used for my dragon bracelet but made it longer and used the ring sizes that he mentions in the tutorial. (chainedbeauty is his name on Deviantart, check him out his stuff is amazing. I hope I can make something of his calibre one day.)

There are no comments to display.