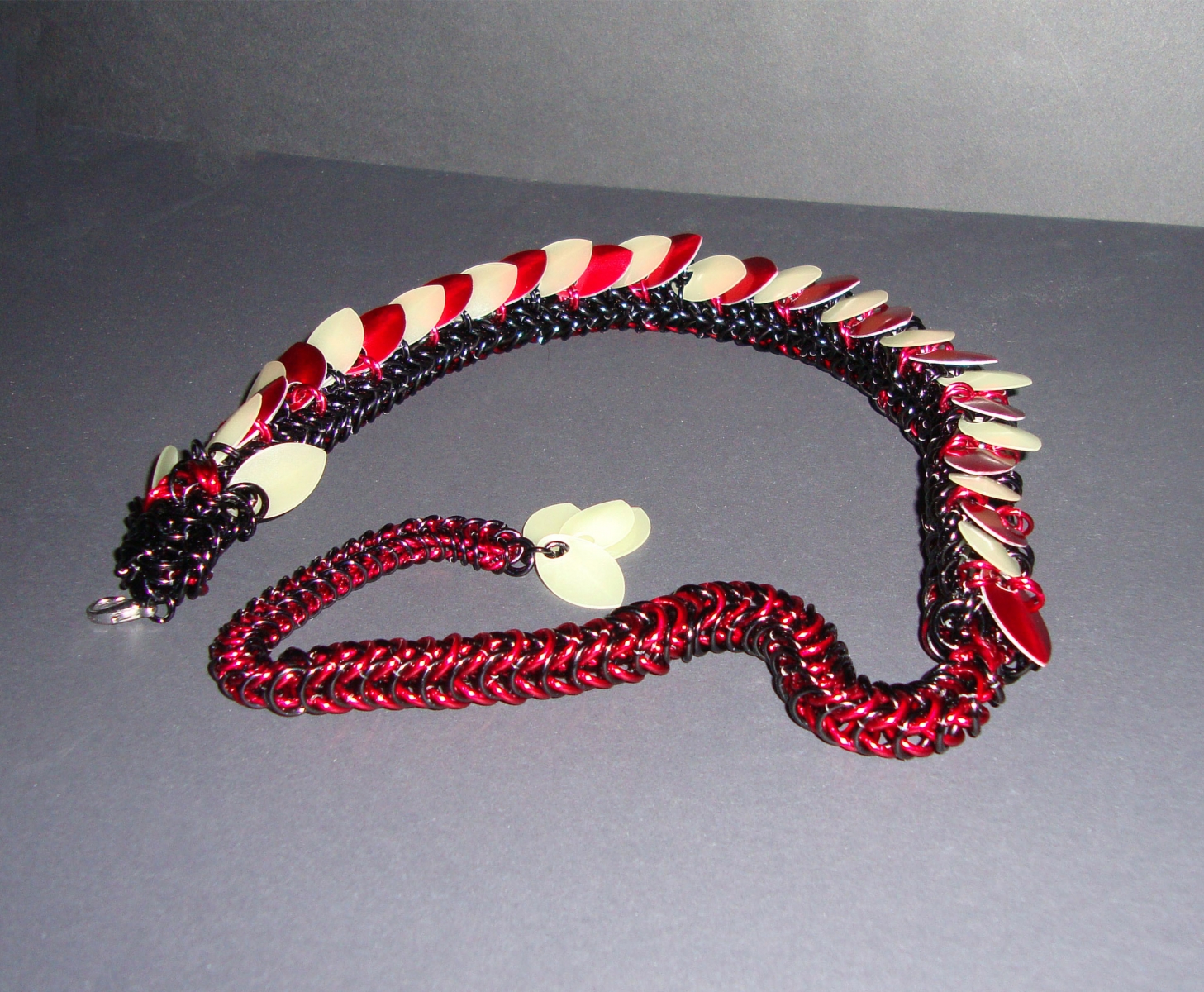 Redglow is an even longer dragon then Bruno (my bronze dragon, which by the way now that I think of it didn't exactly use the ring sizes listed in the tutorial they're a little larger and didn't follow exactly the way its shown how to make the body in the tutorial so he is a lot looser and floppy but feels like if water took on the form metal the way its slides in your hands which I love) Redglow on the other hand follows the tutorial exactly except that I used box chain for the tail and the colours are my own combination. (well kind of Harley Quinn based in terms of colours) I decided to use some glow in the dark scales that glow really well when left under any light source for a few hours. I would like to make another to pair with this, I'm thinking using The Joker's colours (purple and green) and maybe add some more scales the head and tail with maybe some of the large size scales.

There are no comments to display.